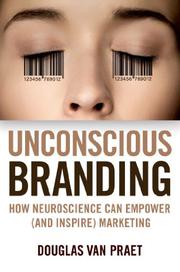 How Neuroscience Can Empower (and Inspire) Marketing

In other words, Van Praet writes in his debut, marketers can profitably apply insights from neuropsychology about the biological basis of behavior. As fMRI brain-scan experiments reveal, when subjects are called upon to make decisions, their responses may bypass conscious awareness. People may believe they prefer one brand over another because of taste, but the author cites experiments that mix up labels to demonstrate that this is not always the case. Instead, he explains, we choose brands that are familiar because they evoke pleasant emotions and are “road signs” that allow us to take “mental shortcuts.” As the complexity of our lives increases, we tend “to blindly obey…stereotypical rules of thumb that make our decisions for us.” Van Praet suggests that our inborn need for social attachment can be tapped in today's complex, consumption-based society by treating buyers as members of communities whose buying preferences are a mark of their self-identity. He offers illustrations of steps that a marketer can take to appeal to potential buyers on an unconscious level, such as a Deutsch ad for the VW Passat that featured a little boy dressed as Darth Vader deploying the force to start the car (a Super Bowl attention-getter). He compares the special garments of the Catholic clergy to the white lab coats featured in pharmaceutical ads as examples of the hypnotic power of authority in unconscious branding. Suggesting that the time has come for a more creative approach, he mocks the use of market surveys. To question consumers about their product choices, he writes, is as sensible as “asking the political affiliation of a tuna fish sandwich.”

A provocative approach that should give pause to consumers as well as marketers.