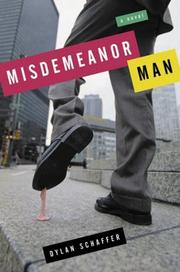 A case of public indecency escalates to capital murder while the music of Barry Manilow plays on.

De-frocked CPA and recovering alcoholic Harold Dunn is the latest case for public defender Gordon Seegerman. Dunn was arrested in a department store for flashing an eight-year-old girl and a hooker, a seedy little crime that for some reason has him locked up in tightest security. Seegerman, who was hoping for a little time off the job to prepare for his band’s performance in front of his idol, Barry Manilow, finds the nerdy little criminal unwilling to plead anything but innocent. Worse, the DA on the case is Seegerman’s ex-girlfriend Silvie and she’s out for blood. She wants Dunn locked up big time. With the help of his band’s bass player Terry, Gordon starts poking into Dunn’s pathetic background, which includes a prior exposure ten years earlier in Portland when he was still on the sauce. Shortly after interviewing one the hookers, who turns out to be kind of sympathetic to Dunn, turns up strangled, and Dunn, whose excessively high bail was mysteriously met, has disappeared. Further sleuthing leads Gordon and Terry through the thickets of the biggest homeless charity in the city (a barely disguised Oakland) where Dunn kept the books, an organization with ties to the powerful including Silvie’s husband. Between the investigation and the rehearsals, Seegerman spends time with his dad, a cop whose spectacular career was ended by early-onset Alzheimer’s, a threat that now hangs over the son. There is a possible flirtation with a mysterious beauty, but it seems to go nowhere. As the evidence piles up on the murder, Dunn continues to want a jury trial on the flashing. Thank goodness for those inspiring Manilow songs, Seegerman’s only real comfort.

First-timer Schaffer, a public defender, packs too much writing into too little space—but it’s fun, nonetheless, making a good case for both Manilow and Oakland.