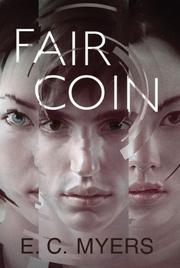 A spin through parallel universes schools a teenager in the hazards of making wishes.

Ephraim comes home one day to find his troubled mother in the midst of a suicide attempt—having just, she claims, viewed his body in the morgue. More puzzling still, among the corpse’s effects is a strange-looking quarter. When prompted by a mysterious note in his school locker, he tries making a wish on it, and, to his amazement, his mother is suddenly out of the hospital with no memory of the day before. Complications ensue as further wishes hook him up with classmate Jena but also ring in other, unexpected and increasingly disturbing changes. Horrified to learn at last that the coin is actually a mentally controlled part of a device for traveling among alternate realities, that each “quantum shift” he makes forcibly switches him with an analog of himself and that the rest of the device is in the hands of a casually violent version of (in his universe) his best friend Nathan, Ephraim sets out to make amends. Ephraim’s strategy of returning all of his displaced analogs to their original planes simply by retracing his travels doesn’t hold water (you can’t go home again when every change from quantum events up spawns a new reality), but by the end he’s earned the self-confidence to make fresh starts with both mother and girlfriend.

The frequent shifts make it hard to keep track of who’s where in this dizzying debut, but Ephraim’s ability to see past the temptations of power despite an active teen libido provides him with a sturdy moral base.