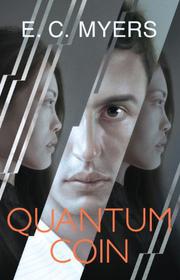 In a convoluted sequel to Fair Coin (2012), teens crack wise and lock lips while saving the multiverse from an information overload.

Impelled by spectral phenomena at his senior prom and the unexpected reappearance of Zoe, an "analog" of his girlfriend Jena from a parallel universe, Ephraim again steps out of his own world. Landing in a somewhat more advanced one ("Unfortunately, we also have reality TV"), he learns from an adult version of Jena that all the universes have entered a cycle of uncontrolled proliferation and collapse. How to reboot the continuum without causing loved ones from less "real" planes to disappear? As in the opener, the plot is a mare's nest of comings and goings driven by romantic and ethical conflicts, hidden agendas, mad-science–style devices and arbitrary physics. It's a struggle to keep the cast members straight, too, since most are analogs of one another with, often, similar names. Still, Myers salts his tale with amusing, often-libidinous adolescent banter, and by cheating a little, lands his characters in good places in the end.

Fans of alternate worlds will find a heapin' helping here, though the cast's relationship-chess makes a stronger showing than the narrowly averted cosmic calamity.