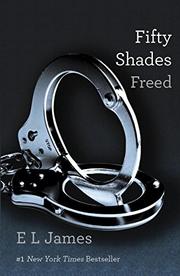 Ana and Christian get married, but continued physical and emotional threats, as well as Christian’s need for control, mitigate their bliss.

At the end of Fifty Shades Darker, Anastasia Steele agrees to marry her beloved magnate-billionaire boyfriend, Christian Grey. Fifty Shades Freed starts with their wedding and honeymoon, a fairy-tale journey through Europe that leaves Ana amazed and conflicted. Uncertain about her own ambitions and identity in the face of Grey’s staggering wealth and heady sexual pull, Ana sets out to stake a claim in the publishing world, helped and hindered by the fact that Christian has bought the company. Her continued personal and professional ambivalence is forgotten as she deals with personal tragedy; then exacerbated by a chafing desire for some individual freedom; and finally overshadowed by a continued threat that hovers over Ana and Christian from an old, malevolent enemy with connections to Grey’s past no one would expect and Christian doesn’t remember. Navigating a breathless few weeks of nonstop action and emotional turmoil, Ana makes some critical errors in judgment that will impact the couple forever, and Christian must finally confront some profound, painful truths in order to move forward to the life he never believed possible, but which rests within his grasp. James’ final segment of the hugely popular Fifty Shades trilogy continues along in the same vein as Fifty Shades of Grey and Fifty Shades Darker—some compelling story arcs and a romantic “what-if” fairy-tale scenario. Ana comes across as more rather than less mature and poised in this book in some ways, particularly in her ability to whip up righteous anger toward Christian for being suffocating and stalker-ish—in order to keep her safe in the face of real danger—while taking little to no responsibility for breaking her own promises that compromise her safety. In general, the flow is decent, the story is well-paced and the dialogue remains better than expected, but there is a lot packed into this book, and it can be a little overwhelming and unbelievable. At times, too, Ana, rather than Christian, comes across as rigid and difficult, creating trumped up conflict. However, since the true function of this book is to assure the many Fifty Shades fans that all is well in Ana and Christian’s world, and they truly can overcome any and every possible thing, then the mission is accomplished in a satisfying way, with a healthy dose of hot sex. The short chapters at the end of the book—unmarked prologue and epilogue from Christian’s point of view—offer an intriguing peek into Christian’s psyche.

The Fifty Shades trilogy ends with a lot of action, emotional tension and flashes of enlightenment; fans will be satisfied that all’s well that ends well in the Grey house...er, mansion.