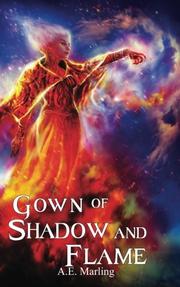 Gown of Shadow and Flame

In this YA novel, an outcast girl with magical powers must save a tribe from headless monsters.

Celaise, 16, was betrayed three years ago by a man. Her own family nearly killed her, but she was rescued by the three-headed Lord of the Feast, who gave her the power to Feast on her opponents’ fear, using it to ferment magical Black Wine. With the Wine, she can make a protective gown, her True Dress, and transmit harmful illusions to enemies. Her Lord orders Celaise to complete a trial: she must discover what the Headless fear and wipe them out. These stony-backed monsters prey on beasts and people of the savanna, where Jerani and his tribe tend cattle in the shadow of their volcano goddess, the Angry Mother. Celaise longs to Feast on the tribe’s delicious fear (one boy’s terror, for example, smells “of candied papaya and fresh maize bread, dripping with caramel and peanut oil”), but she must concentrate on the Headless. To Jerani, Celaise looks like a goddess, perhaps the Angry Mother herself: “She was terrifyingly magnificent.” Meanwhile, Jerani’s father, who deserted the family to wander, returns as a Bright Palm—an extremist both immune to Feasters and devoted to killing them. Celaise must walk a knife’s edge as she tries to evade capture and save the tribe. Marling (Dark Lord’s Wedding, 2016, etc.) locates his story in a recognizable Africa-like landscape, an unusual and welcome choice for the Eurocentric high-fantasy genre. The tribe’s homely mooing cows make a surprisingly effective counterpoint to Celaise’s sometimes-abstract magic. The book’s style is a good match; many sentences are highly wrought, but Marling also achieves powerful effects from simple, well-chosen images: “Lightning the color of ivy tinted the cows’ fur a lime shade,” for example. The tribe’s culture feels thick and fully inhabited, populated with varied and three-dimensional characters. The romance, too, is well-handled; both Jerani and Celaise struggle with trust in ways that feel natural to them rather than being a contrived obstacle to their relationship.

An absorbing, lush, and emotional fantasy tale with an exciting, tense finish.