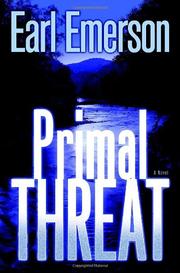 A crime-fiction writer ventures into James Dickey territory, but doesn’t quite deliver.

When fireman Zak Polanski helps free Nadine Newcastle from her wrecked Lexus SUV, little does he know what else he’s letting loose. Not that prior knowledge would have mattered. Had those pent-up forces been twice as fractious, twice as malevolent, it wouldn’t have changed the fact that Nadine was so very pretty, so desperately scared, and that Zak found himself drawn to her beyond his power to resist. There are, true enough, counterbalancing facts that for Zak become immediately complicating and life-altering. For starters, Nadine is rich, and blue-collar Zak despises rich people. More importantly, she has an obsessively vengeful ex-boyfriend, and thereby hangs the bulk of this tale, a tale of mindless savagery played out in western Washington’s Cascade Mountains. By avocation, Zak is a passionate racer of mountain bikes. In company with four cyclist friends, he’s been planning a three day expedition that will cover 200 miles over extremely rugged, little-traveled terrain, a trek “similar to running three or four marathons back-to-back.” Eagerly, they embark—until William Potter III (Scooter), and his band of overprivileged brothers, turn up to rewrite the scenario drastically. For what the jealous, almost certainly sociopathic Scooter has in mind is all-out war, us against them, the deserving-rich against the loser-lesser classes, and if in the process a corpse or two happens to litter the landscape, what else is an enemy for? Suddenly, to Zak, the idea of civilization begins to seem almost frivolous as he struggles to survive the “primal threat” embodied by Scooter.

Shamus winner Emerson (The Smoke Room, 2007, etc.) gets a lot right here: strong characters, gripping action scenes. But the book is just too long and repetitious, and the suspense level suffers accordingly.