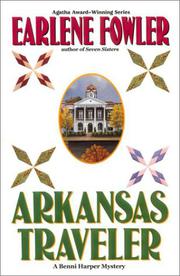 Benni Harper (Seven Sisters, 2000, etc.) has come a long way from Blevins County, Arkansas, where she spent much of her youth eating cheese grits and raising hell with her cousin Emory Littleton and best friend Amen Tolliver in the poky little town of Sugartree. Now a museum curator married to sexy police chief Gabriel Ortiz, of San Celina, California, sophisticated Benni, back for a family reunion, can snicker along with her chic amiga Elvia Aragon—who’s engaged to Emory and who’s come with Benni to meet her family—at the pig-snout headgear on the Razorback fans who gather for breakfast at the local Waffle House. Grown-up Benni can shake her head in wonder as her ever-competitive Grandma Dove and Aunt Garnet end up making duplicate breakfasts for the family. Broadminded Benni can sympathize as the members of Sugartree Baptist Church consider shoring up their dwindling congregation through a merger with predominantly black church. But activist Benni can’t ignore the slights and slurs aimed at dark-skinned folk, including her beloved Gabe, Elvia, and Amen, by some of Sugartree’s townsfolk—loudest among them Toby Hunter, son of mayor Grady Hunter, whom Amen has the audacity to challenge in the current election. So when Toby is bludgeoned to death and Amen’s nephew Quinton is arrested, what choice does Benni have but to ignore her husband’s warning and search for Toby’s killer?

Not so much an Arkansas Traveler as a Log Cabin quilt marked by endless repetition: Racism bad, Benni clever, you can’t go home again.