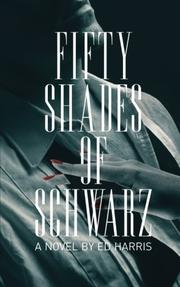 In Harris’ novel, a young Jewish woman in a dead-end relationship meets a charismatic man who enjoys spanking her.

Although its title suggests a broad, Mel Brooks–style sendup of E.L. James’ erotic romance Fifty Shades of Grey (2011), most of this novel follows a fairly standard chick-lit format: A young woman in a trendy job juggles relationship troubles, family and work. Maya Stein, nearing 30, lives in Brooklyn and works at an Internet advertising agency. Her mother is eager to see her settle down; she knows a nice, single rabbi. Maya’s relationship with her boyfriend, Jeremy, is so lukewarm that she decides to post a profile on JDate, the online Jewish dating service. She hears from Aaron Schwarz, a commercial real estate broker. He owns his own firm, he explains, since he prefers being in charge, which intrigues Maya. Unlike Jeremy, who relies on Groupon discounts when taking Maya out, Aaron treats her to concerts, good restaurants and cab rides home from Manhattan. After Maya and Aaron become intimate, he confesses his real turn-on: tying girls up and spanking them while playing a kind of “Jewish Jeopardy,” asking “questions that would be considered common knowledge to someone who has a reasonable grounding in Judaica.” Wrong guesses earn smacks from Aaron’s belt, then tempestuous sex, which shakes up Maya emotionally as it wows her physically. With questions about dreidels punctuated by whaps, Harris does put a Jewish spin on Fifty Shades of Grey, but calling this novel a parody—an exaggerated, humorous imitation—is a misnomer. If anything, it’s more low-key than the original. Schwarz isn’t the mysterious, cold, distant mogul that Christian Grey is; he’s well-off but not a billionaire, and he’s reasonably, not ridiculously, good looking. Maya, meanwhile, is far more confident, sexually and personally, than the hapless Anastasia Steele; in the end, it’s Maya who offers financial backing to the man of her dreams. A parody it’s not—but readers may indeed prefer these alterations, which make this novel more relatable, funny and perhaps even more feminist than the original Fifty Shades.