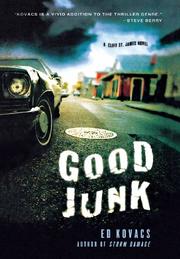 More hangs in the balance than he imagines when a private eye signs on to help a police friend solve her latest case.

New Orleans cop-turned-shamus Cliff St. James has been lying low since a routine mixed martial arts fight in his dojo ended with the accidental death of Bobby Perdue, his opponent. When asked by closest friend (and maybe more) Detective Honey Baybee to help out as an unpaid consultant to a hot case she’s working on, St. James can’t say no even though he’d rather be holed up at home. Mainly, he can’t believe that Chief Pointer would give him any power in the department after their long history together. Honey’s case involves the murder of two employees of local NASA federal offshoot Michoud. Because of all the government clearances involved, it’s hard to find out exactly what they did. What follows is a frequently murky but always compelling investigation into the world of a high-end “Buyers Club” of black projects goods that mixes a healthy dose of government agents with rogues from around the world. Kovacs (Storm Damage, 2011, etc.) lovingly paints a portrait of post-Katrina New Orleans as St. James tries to flush the perps out of wherever they might be hiding. His targets include people like Decon, who’s been implicated by some higher-ups and spends his nights sleeping in a graveyard crypt. By the time St. James is ready to solve the case, he’s bruised, battered and well aware that he may be a pawn in a game much bigger than he realized.

With so many twists and turns, even the most devoted noir fans may wish they had a map. But it’s well worth trying to find the way.