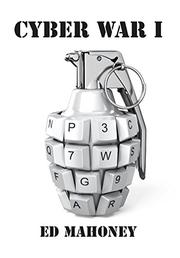 Computer-security analysts stumble upon plans for a cyberstrike that could immobilize the United States in Mahoney’s debut thriller.

After a security breach involving user IDs, Cyber Business International’s investigators trace the source of the hack to one of its clients, the Arabian Nights Casino in Macau. Rob Warner, who leads CBI’s incident-response team, heads to the Asian territory to investigate. It turns out that Justin Peters, a CBI network administrator there, had been doing work for the casino when someone accessed his privileged user account and wreaked havoc. Rob, however, is suspicious of the casino’s director of cybersecurity operations, Edmund Ho; he may have a grudge against the casino that stems from his demotion after a cyberattack that crippled the local network by flooding it with traffic. Further investigation reveals other players, which leads CBI to predict a similar attack in the United States. But a larger conspiracy may be at play—which would explain why an assassin is targeting Rob. Mahoney’s acronym-laden technological jargon gives his novel an air of sophistication. For example, he intelligently defines terms such as “botnet” and “exploit kit” by context, generally via dialogue between Rob and others, such as Rob’s friend and colleague Bill Johnson. Myriad plot elements along the way keep the tale exciting, including the actions of an American spy and more than one hired killer and a Las Vegas–set final act in which many characters converge. Some oddly structured sentences slow the story down, though, as when Rob questions “flirting with guidelines, well ethics, shoot, the law, like he did in Macau.” The novel also includes little information about its protagonist’s personal life, although it’s abundantly clear that his job is putting a strain on his marriage.

A smart, highly detailed entry in the techno-thriller genre.