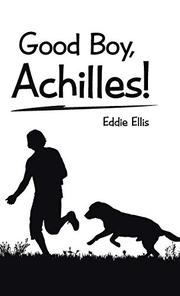 A moving children’s tale about the ineffable bond between a boy and a canine as they come to terms with God’s plan for them.

Jeremy, an 8-year-old who lives on a farm with his parents, is very excited when their family dog, Ginger, gives birth to five adorable puppies. He knows that the pups will only be on the farm for a couple of months before his parents give them away, so he tries to spend as much time with them as possible. What he doesn’t expect, however, is the connection that he quickly forms with the biggest of the litter, whom he affectionately calls Achilles. (Ginger, unknown to Jeremy, had already named the pup Thunder.) Achilles feels the same way about the boy; it’s a friendship unlike any other. Unfortunately, Jeremy’s parents make it clear that they can’t afford to have another dog, so Achilles will have to find a different home, like all the other pups. Heartbroken, Jeremy tries to thwart his parents’ efforts by dissuading would-be adopters while also trying to cherish every moment with his beloved pet. All the while, Achilles tries to accept God’s will for whatever he has in mind for him—even if it isn’t a life with Jeremy. Ellis’ debut switches smoothly between Jeremy’s and Achilles’ perspectives. The author masterfully uses crisp details to paint clear pictures of settings and emotions, and as a result, readers will likely become absorbed by the story. Ellis also takes several moments to expound on important life lessons, subtly touch on Christian doctrine, and even show genuine, positive parent-child interactions. Although it’s often a difficult feat to humanize animals, Ellis does it well, keeping things as realistic as possible; for example, the dogs don’t understand human speech, but they do sense their emotions. This book is sure to be inspirational for Christians, moving for dog lovers, and perfect for readers who are both.