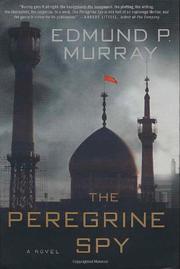 The fall of the Shah of Iran in the late 1970s, through the eyes of a compassionate CIA agent.

November 1978. Frank Sullivan is expecting to settle into a new desk job in Washington, DC, when he’s summoned to the Pentagon by his CIA bosses and sent in short order to Iran, where the Shah’s government is endangered by increasingly militant Muslims under the leadership of the Ayatollah Khomeini. Accompanying Frank is jaded senior colleague Gus Simpson, and the two pose as advisors to the Iranian military. A further threat to the government comes from Soviet covert action, and Frank is forewarned to steer clear of KGB operative Vassily Lermontov, with whom Frank is unfortunately acquainted from a previous mission in Ethiopia. Third member of the team is Fred Bunker, known as Archie (behind his back) not because of right-wing views but because he’s such a “good gray bureaucrat,” according to Gus. Heading up the office is the brash and vulgar Rocky Novak. When they arrive, demonstrations in front of the American embassy are an everyday occurrence, and Lermontov proves impossible to avoid; in fact, he wants Frank to help him defect. Frank juggles this with a handful of other concerns, not least the daily squabbling among the members of the American team. He gets quite close to Iranian air force officer Anwar and his American wife, Mina, struggling to fulfill duty yet yearning to return to the US. Their happy family reminds Frank painfully of the young son he has left behind. It becomes clear also that someone stateside is mirroring Frank and Gus’s mission, secretly sending information back to Iran. And as he becomes a closer confidant of the deluded and failing Shah, Frank questions where his true duty lies.

A dense but informative account that reads more like a memoir than fiction—though in want of sharper characters and some cutting.