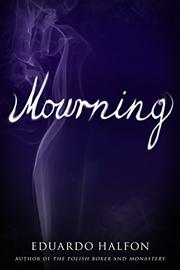 The author, whose family relocated to the United States when he was 10, is as much instigator as investigator. Against the wishes of his maternal grandfather, a Polish Jew, Halfon visits the Lodz neighborhood where the old man lived before the Gestapo took him away (and where a former porn star now lives in his old place). Returning to Guatemala, he tries to determine whether it was his father’s brother Salomón who died at age 5 in a swimming accident there. Other Salomóns, including another 5-year-old who died an identical death, spin through the narrative. For Halfon the storyteller, unsolved mysteries and the freest of free associations satisfy his aims better than established facts. Halfon goes by "Hoffman" after someone mistakenly calls him that name—very possibly, Halfon determines, at the exact moment beloved actor Philip Seymour Hoffman died in New York. "Language is also a diving helmet," Halfon writes in recalling how worlds opened to him when he first learned English. With his slender but deceptively weighty books, which are at once breezy and melancholic, bemused and bitter, he opens up worlds to readers in return.

In this follow-up to The Polish Boxer (2012) and Monastery (2014), Halfon constructs a kind of postmodern memorial to his grandfathers, who outlived the horrors of the Holocaust but not its searing emotional aftereffects.