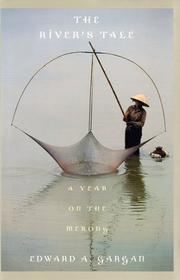 A Year on the Mekong

by Edward A. Gargan

Aiming for a more primal Asian experience than he’d experienced as a foreign bureau chief, Gargan planned a yearlong voyage combining scholarship, passion, and adventurous exploration on the Mekong River, which propelled him through China, Burma, Laos, Thailand, Cambodia, Vietnam, and Chinese-occupied Tibet. He depicts vast cultural differences and bitter political squabbles among these nations, bound together only geographically by the Mekong. Everywhere Gargan finds the unhealthy aftertaste of colonialism: “Whether the French, or the Americans who followed them, it was the foreign presence that had largely underpinned the course of events in 20th-century Southeast Asia, mostly for the worse.” Wisely keeping his journalistic eye trained on the human aspects of his journey, the author describes encounters with a variety of Asian citizens, from Tibetan master potters and Buddhist monks to rogues who pilot battered vessels, all of whom are pleased to practice their English on him. These conversations reveal resigned acceptance of authoritarian regimes incongruously combined with enthusiasm for European tourism and American pop culture. Although Gargan’s narrative meanders almost as slowly as his actual voyage, it accrues power as he travels through successive countries, assessing the harsh costs of war and kleptocracy. In Cambodia, for example, he finds the social destruction wrought by genocide lingering beneath the surface of optimistic recovery, while a popular nightclub in Saigon patterned after the film Apocalypse Now demonstrates that the Vietnamese remain dominated by the conflict they supposedly “won.” Elsewhere, the author’s portraits of impoverished rural Chinese and Tibetans chafing under the central Communist government’s Kafkaesque privations are extremely affecting, as is his journey through xenophobic, still-isolated Laos.

For readers who share Gargan’s fascination with the region, an excellent travelogue.