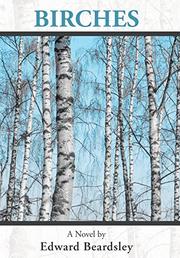 In this novel, a family of French Acadians travels the Atlantic coast of Colonial-era America seeking its missing patriarch and a new home in Louisiana, forming lifelong bonds with two Native American guides.

In the 1750s, as the French and Indian War rages, Roman Catholic Acadian colonists find themselves expelled from their homes in “Le Grand Dérangement.” They are being forced out of British-controlled colonies and back to France or to friendlier fields in Louisiana, all for refusing to pledge allegiance to English Protestantism. Among these are the Martins: Denise; her son, Alain; and his twin sister, Julie. Julie is tasked with sending letters on crude birch paper to their grandparents Benjamin and Christine as the family uses their charts and maps to navigate down the Atlantic coast. On the trip, the Martins seek not only a new home, but also Denise’s husband, Andre, who vanished fighting in the war. Along the way, they meet Kateri “Catherine” Anastasia, a stunning Abenaki Algonquin and fellow Catholic, and her noble cousin Evan Le Blanc, who protect them from numerous dangers along the way, ranging from other Native American tribes to drunken Brits and even an alligator. Julie chronicles their travels as well as Evan and Kateri’s fast acceptance into the Martin family, as she and her brother begin to fall for their newfound “siblings.” Beardsley’s (The Scooter Chronicles, 2015, etc.) tale demonstrates an obvious passion for the French culture of the time without neglecting the persecution both Catholics and natives faced. The latter feeds much of the story’s primary conflict, but as a threat, it looms more than it actively menaces. The dialogue is enjoyable and snappy, if a little modern (though this aids in its approachability), and Julie’s narration gives the book a proper yet delicate style of prose. But sticking purely to Julie’s point of view is a bit limiting to the narrative, as one of the overarching themes of the novel is the role masculinity and femininity play in social and family dynamics. It would have been nice to get a more intimate view of her mother’s promotion to the family’s head due to the absence of Andre.

A GREAT AND NOBLE SCHEME
by John Mack Faragher
Indie

THE RULE OF RANGING
by Timothy M. Kestrel
Newsletter sign-up