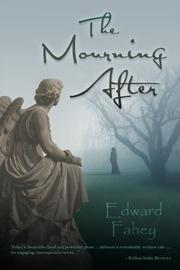 Fahey’s dreamlike novel chronicles a life from childhood to adulthood.

Denis lives a very sheltered 1950s childhood overseen by his loving mother and his militaristic father. His mother doesn’t allow him outside, but his imaginative way of playing with his toy soldiers transforms the inside of his house into an adventure land; he also dreams about Civil War soldiers. Fahey’s powerful prose during these sequences describes graphic scenes of violence and war: “The biting metal stink of smoke and powder. Tearing into my nose, my throat, my chest. Eyes stinging.” These scenes dovetail with reality, however, when Denis meets M, a girl his age who seems to share his fantasies and knows about Enoch, a mysterious figure from Denis’ past. Denis’ life takes a sudden turn when he watches the assassination of President John F. Kennedy on television; at that moment, he’s exposed to tragedy for the first time. Years later, after the heartbreaking deaths of both of his parents, Denis embarks on a journey to find M, with whom he’s been in love all his life. Along the way, he meets a companion named Waters, who has his own buried issues. An abrupt twist occurs two-thirds of the way through the novel that causes a shift to a third-person narrator; the story then focuses on M and Waters. M’s sudden importance in the final part of the novel may cause readers to wonder why she’s re-introduced so late. In the end, however, Fahey delivers a remarkably written tale that reveals thoughtful insights about memory, hope and love.

An engaging, introspective novel, despite an odd turn toward its end.