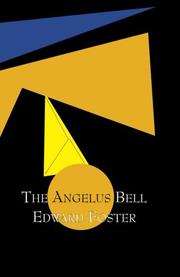 Foster, the editor of the literary journal Talisman, and of Talisman House and Jensen/Daniels Publishers, has written on Jack Spicer, William Saroyan, the Beats, and the Black Mountain poets; he has also edited or co-edited several anthologies of poetry, essays, and interviews. His latest collection suggests a similar flurry of intellectual and social activity—references range from Alice Notley to Schubert, Jersey City to Alexandria, phone sex to “The Dark in Caravaggio’s Light.” As he puts it, “Why write / without a subject?—almost / anyone, alone, will do.” These subjects can seem peripheral to the poems themselves, the references oblique and personal. For instance, a boy (or boys)—never named or explicitly described—appears in numerous poems. Introduced in the intriguing “The Parallel Boy,” it is unclear if this is some persona meant to represent an aspect of the author’s psyche, or a “real” character. Readers who don't require answers to such questions are more likely to find these poems engaging: “Knowing nothing can be merely known: / and not to know is not to feel, / though feeling, as he says, / is not to choose.” Like writers of the New York School (Berrigan, Schuyler, O’Hara), Foster likes to include dedications or references to friends and acquaintances in his work; this imparts a sense of community, but it can also feel like going to a party with someone who would rather talk to everyone else. It’s a minor complaint, though—the poems display intelligence without being pretentious, and their sly humor is endearing: “I like you / though I wish your hand / were somewhere else.”

Appealing, if at times elusive.