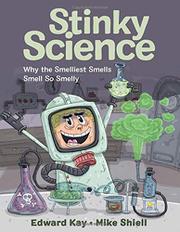 Why the Smelliest Smells Smell So Smelly

More than you ever wanted to know about why stuff stinks.

Everybody smells—both transitively with their noses and intransitively due to the bacteria on their bodies. But what does the sense of smell do for us? If we smell smoke, as from a burning building, we get nervous. That keeps us safe. The same is true about noticing the foul odor of rotting meat. The meat itself doesn’t give off the odor—it’s the organisms living off the meat that make it smell unappetizing (except to vultures and other carrion eaters). Six million receptors on the olfactory epithelium in the human nose detect scent molecules in the air and transmit that information to the brain. Canadian science writer Kay goes on to explain the connection between scent and memory and how we know what outer space smells like (“a combination of schoolbus exhaust and incinerated hamburger,” according to astronauts). He explains the various reasons animals may benefit from smelling awful (and which ones smell the worst: the green wood hoopoe and the polecat). He tells readers why Limburger cheese smells like feet (they share the same microbe) and which animals are super sniffers (those vultures mentioned earlier can smell carrion from a great distance, and moles smell “in stereo”). All the cheeky stinky facts are accompanied by Shiell’s bright, cheerily gross cartoon illustrations, which depict humans of diverse races being offended and offending others.

A good introduction to the science of scent certain to hook reluctant scientists (and readers) with its yuck factor.