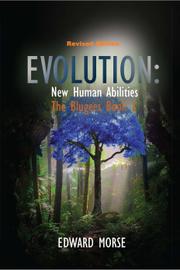 Four girls and their running coach develop supernatural powers in this debut novel.

Middle-school girls Cassie, Bridget, and Jillian and junior high student Nicole are known as the Blugees, named after the blue markers on one of their running trails. Their coach—Bridget and Nicole’s father; Jillian’s uncle—is just called Dad. When out running one day, Dad and the Blugees come across a mysterious blue tree that engulfs them in blue pollen. From this moment on, all the girls manifest superpowers: Jillian can manipulate time; Cassie has extraordinary speed; Bridget’s thinking skills are greatly enhanced; and Nicole can fly. At first, the girls simply enjoy their new abilities. But then their future selves send them a warning: A superhuman named Kirk has come back in time to kill the Blugees and change history. As the girls grow up, they must increase their powers further and defeat Kirk. But even if they are successful, new challenges will await. A radioactive meteor is heading for Earth and if unchecked will wipe out all life. Can Dad and the Blugees save the world? In this SF series opener, Morse writes in the first person, narrating from Dad’s perspective in an unsettling mix of past and present tense (often within paragraphs). This stylistic quirk aside, the prose and dialogue are straightforward and the story simply told. The plot itself, though a wonderfully tangled potpourri of time paradoxes and superpower problems and solutions, is navigated calmly. One of the strengths of the story is that it unfolds across many years, allowing readers to follow the Blugees’ growth—collectively and as individuals—from girls to young women to parents. Dad remains an affectionate elder statesman, maturing into a grandfather, and the Blugees’ children are all the more relatable for being the offspring of established characters. While the tale’s pacing seems leisurely at times, several of the plot crises return in unexpected ways, adding to the sense of peril. Readers of all ages should enjoy the ride.

An imaginative, free-wheeling SF adventure with a strong focus on family.