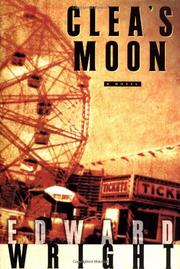 Debut thriller about an ex-cowboy movie star who earns his spurs in real life.

Former newspaper editor Wright starts with all the right details for another tale of crime in post–WWII Los Angeles: men splash on Old Spice, drive DeSotos, and complain about movies “where it’s so danged dark you can’t see who’s who . . . . ” But when Scotty Bullard pulls pornographic pictures from his late father’s desk drawer, it’s clear Wright has reached for a noir plot canard. Little that follows dispels this sense of the routine, especially as the sometimes-sharp 1940s particulars dissipate, never delivering on their initial promise. Bullard shows the pictures to John Ray Horn, a washed-up star of B-westerns who’s just served a prison sentence for felony assault. The pictures disturb Horn: They show hooded men fondling four- and five-year old girls, one of them being Horn’s stepdaughter Clea, now 16. Horn turns to his ex-wife Iris, Clea’s mother. Iris insists the shots are not of Clea. Then Scotty’s dead body turns up outside his office window. Did he fall? Was he pushed? Does someone want the pictures? Might they also want Clea, who, Iris informs Horn, has just disappeared? One of Clea’s friends leads Horn to a bar where Clea’s bad-news boyfriend hangs out. When Horn approaches the man outside the bar, another thug works over Horn. Quickly connecting the dots (and lowering the tension), Horn learns his assailant was a stuntman with ties to the child molesters. Horn then finds Clea’s boyfriend brutally shot and rescues a sullen Clea. He and his movie co-star, Joseph Mad Crow, team for a showdown with the killers. A scene as touching as it is sentimental caps the last reel.

If the build-up landed like the fadeout, this one would be headed for Hollywood. Alas, it’s not a wrap.