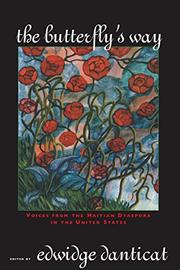 Voices from the Haitian Dyaspora in the United States

Thirty-three Haitians and Haitian-Americans reflect on their experiences away from the island.

Haitian writer Danticat (The Farming of Bones, 1998, etc.) edited this collection of short works by Haitian emigrants. The pieces are nominally divided into five groups (Childhood, Migration, Half/First Generation, Return, and Future), but many could easily fall into three or more categories. Most are autobiographical sketches, but a few poems are also included. As a whole, they provide a fairly informative primer on the identity issues faced by those of Haitian stock who live in the US, but while their stated purpose is to look at the Haitian diaspora in America, they return again and again to Haiti itself and to the idea of Haitian-ness. When they do, one is aware that only one side of a complicated story is being told, for no voices from Haiti or France are represented and there is little divergence among the various authors on political issues. “Papa Doc” Duvalier (the dictator who sent many of the authors and their families into exile) is universally reviled, while Jean-Bertrand Aristide (the popularly elected president who was eventually toppled in a coup) is generally adored. There is also an undeniable class slant: The vast majority of the pieces are written with a distinct upper-middle-class sensibility, and the biographies of the contributors reveal that almost all are journalists, professors, writers, or graduate students. Perhaps accordingly, several selections read like papers written for a course on identity and society at a liberal-arts college—jargon and all. Others, however (such as Jean-Robert Cadet’s account of his life as a restavek, or slave child, and Marie-Hélène Laforest’s record of her family’s intransigence in exile), rise above didacticism and vividly convey the complications imposed by life in the diaspora.

Informative, deeply felt, and often moving, but unlikely to appeal to the general reader.