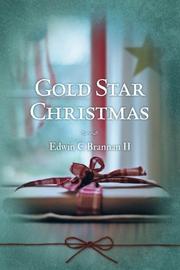 A troubled Army veteran joins the Navy as a medical corpsman after 9/11, which threatens the already fragile state of his young family.

Ed Brannan has PTSD from his Army service in Somalia. He has a violent temper, which leads to trouble at work and home. But after 9/11, he knows what he has to do to become himself again. He re-enlists, this time in the Navy, becoming a medical corpsman in a casualty evacuation unit. He marries his girlfriend, Jenny, and moves her and their two kids to Camp Lejeune, North Carolina. After his training, he is deployed to Iraq for several months. His confidence and diligence earn him a promotion. Back in the U.S., however, his volatility surfaces; tensions develop in his marriage. A second deployment leads to another promotion. His career picks up. Back again, he becomes an instructor at the Field Medical Service School, a job that will keep him stateside. His relationship with Jenny and the kids improves. They buy a house and start going to church; their lives stabilize. Then he “volunteers” for an assignment in Afghanistan, which is even deadlier than Iraq. Using his own name for his main character, first-time author Brannan writes from personal experience, and the military detail is as convincing as it gets. The effort, however, to depict military personnel navigating career and family life falls short. Readers are told much but shown little. Few scenes immerse readers in the characters’ emotional turbulence. Brannan leans too much on third-person narration, which gets quite repetitive, and there is little coherent sense of building toward the climax. Too many of the military scenes are jargon-laden and static, adding detail but little else.