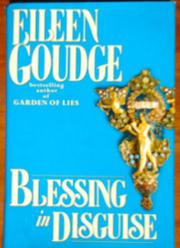 Goudge (Such Devoted Sisters, 1992, etc.) delivers a tight novel about step-family relationships and publishing that does not push any boundaries but does entertain. Grace Truscott, the 37-year-old daughter of a now-deceased senator who was instrumental in passing the Civil Rights Act, has grown up to be a Pulitzer Prize-winning writer in New York City, despite having witnessed, as a child, her father's accidental killing of his black secretary's husband. She decides to write a biography of her father, determined to include everything she knows, but sets off a firestorm when she contacts the secretary's daughter, Nola Emory, to corroborate the facts. Her own mother, Cordelia Truscott, tries to stop her from writing the truth since she is raising funds for a library memorializing the senator and fears the book will adversely affect donations. At the same time, Grace is struggling to resolve an amorous relationship with her Jewish editor Jack Gold, a man 15 years her senior. Both Grace's son and Jack's daughter muck things up as often as possible—he by hinting that he may go live with his father, she by crankily refusing to be civil. The often-thwarted romance with Gold is sweet, but it is hard to swallow that a wildly successful and confident woman would be waiting wistfully for a marriage proposal. Descriptions of New York restaurants, name-dropping, and current references will date this book quickly, but the image of Norman Mailer performing a see-saw barrel act in a fundraiser circus is priceless. There are few surprises here, and a number of stereotypes, but Goudge compensates by moving along at a snappy pace. (First printing of 150,000; Book-of-the-Month Club main selection; $150,000 ad/promo; author tour)