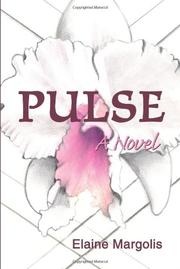 When aging film star Mona Burbank meets fast-talking entrepreneur Sam “Swifty” MacDonald at a glitzy party, a new business partnership is born. Mona owns the formula for Pulse, a revolutionary perfume with a secret time-released essence, and Swifty boasts the high-powered financial connections to bring the fragrance to the world. Among the cadre of Chicago-based investors is Mark LaSalle, who inexplicably invests in the deal despite having been “burned” by Swifty in the past. There’s also Eldon Howard, another financial heavy-hitter who eagerly invests in Pulse while hiding darker motives. Lured by Swifty’s irresistible sales pitch and incredible profit projections, investors plow full speed ahead with producing and promoting the perfume, despite having never met Mona in person or sampled Pulse firsthand. Anchored by vague business jargon, these are just a few of the implausible plot points hampering this potentially engaging novel. From New York to Paris to Vienna, the novel’s settings reflect the glamour and excess of the big money 1980s. Befitting the ’80s, the champagne continues to flow even as the perfume business spirals downward. Swifty’s outrageous spending puts the company in peril and shady Eldon Howard sues for control. Meanwhile, Mark LaSalle behaves like anything but an investment “legend,” as he struggles to make sense of Swifty’s endless financial “printouts.” In short, Wall Street would eat these guys for lunch. The most intriguing character, by far, is Mona, who hopes that Pulse will revitalize her film career and reconnect her with the fragrance’s creator, Pierre, a talented chemist with whom she had an affair a decade earlier. One wishes that Margolis had focused less on these bumbling financiers and more on the magnetic Mona, whose insights cut to the heart of the novel: “Fantasy at the fragrance counter, fantasy at the movies. We’re in the same business after all.” Despite plenty of twists and turns, this would-be financial thriller doesn’t add up.