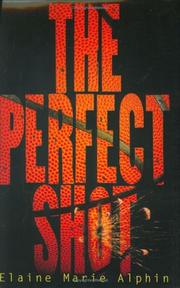 High-school basketball star Brian loves Amanda, his neighbor and sweetheart. When she and her family are murdered and police accuse her father of the crime, Brian retreats; he can’t cope. He saw a mysterious jogger run by at the time of the murders, but his Dad says not to get involved. At school, he’s given an assignment to investigate the Leo Frank case from 1913 Atlanta. Brian learns that a young witness saw the real murderer, but kept silent for decades, afraid to speak out. Will Brian make the same mistake? Adding to the suspense, early in the story readers learn that Brain has been shot, and appears to be dying. The story is then told in flashbacks, as his life passes before him. With basketball action, a murder mystery, a compelling story from history, adolescent angst, racial and parental tension, Alphin offers something to please most young readers. (Fiction. 12-15)