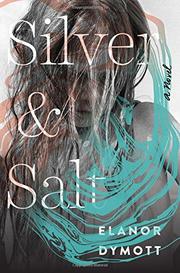 A famous photographer’s daughters come to terms with his death in the talented Dymott’s elegiac, devastating tale.

After the 2003 death of famous photographer Max Hollingbourne, his daughters, Ruthie and Vinny, retreat to the family’s villa in Greece, the scene of many dreamlike and bittersweet summers. Vinny is the responsible one, three years older than the volatile, sensitive Ruthie, and they mourn their father in very different ways, especially since Ruthie had been estranged from him for years. Dymott hints at tragedy to come during this final gathering, interweaving past and present and taking readers back to when Max first met 22-year-old Sophie in 1959 and made her his wife. Sophie gave up her singing career to raise Ruthie and Vinny, and Max was largely absent, traveling constantly for his work. Vinny always had an easy way with Max, something Ruthie envied, so when Ruthie asks that he teach her photography, she treasures the time in the darkroom, although his impatience with her was sometimes marked by cruelty and physical violence. Vinny and Ruthie are still little girls when their mother begins showing signs of mental illness, and she eventually leaves, marking a turning point for the girls and their father. Under the care of their Aunt Beatrice, whom they love dearly, the girls still long for Sophie, especially Ruthie, who, as an adult, eventually begins exhibiting similar symptoms to her mother. In 2003, a family moves in to the villa next door, including a young girl named Annie. Perhaps seeing herself in this girl, the 40-year-old Ruthie, a gifted photographer in her own right, is inspired to transcend anything she’s ever created.

The grueling and fascinating process of photographic development reads like its own sort of poetry in this gut-wrenching, achingly intimate look at grief and how closely art and life intertwine, for better or worse.