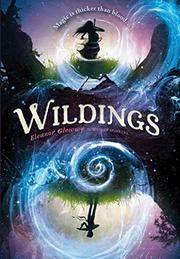 After the revolution, the hard work begins.

Four years ago Ashara overthrew its genocidal “kasir” (magician) leaders for a United Parliament of both kasiri and the “halan” underclass, but oppression—legal and otherwise—still continues. Rivka Kadmiel, of aristocratic kasir lineage, thinks little about prejudice until her twin brother, Arik, lacking magic, is declared a “wilding” and removed to a halan family. Rivka vows to find him again, but both law and society forbid her even to learn his new name. This follow-up to the well-received Sparkers (2014) examines the difficulty of completely eradicating systemic injustice. Glewwe portrays not only the corrosive (and mutual) enmity between kasiri and halani, but also the complex, layered intersections of class, nationality, ethnicity, and disability (but not, surprisingly, gender). Characters from the first novel reappear, although in irritatingly saintly guise, but the focus is firmly on Rivka. With her unacknowledged privilege, her stubborn, unconscious bigotry, her deliberate alienation from family and friends, and her tendency to evaluate every acquaintance for potential usefulness, Rivka is difficult to like. Still, her fierce determination and ferocious devotion to her twin demand respect, and she gathers friends almost against her will. The final confrontation between the bitter halani in Ashara’s government and the children representing the city’s future is inspiring in its depiction of the power of simple family love.