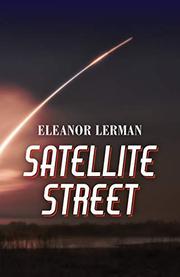 Two friends attempt to fulfill a request from beyond the grave in this novel.

Months have passed since 62-year-old Paul Marden was released from the hospital after an unidentifiable infection nearly took his life. Now, living on disability payments and his pension in a neighborhood battered by Hurricane Sandy, he grapples every day with the constant pain that pervades his body. Struggling to walk home one evening, he takes a ride from a familiar-seeming stranger: Lelee Connors, a transgender woman who was once his childhood neighbor. As the two develop a friendship, Lelee reveals that she has the extraordinary ability to communicate with the dead. Despite her peaceful lifestyle, her reputation and well-being are being threatened by a man named Michael Odenkirk, the host of a television show that focuses on defaming psychically gifted individuals. When Lelee channels the spirit of a 1960s radio host known as Happy Howie, he explains that his own career was destroyed by Odenkirk, who publicized his identity as a gay man and falsely suggested that he was a child molester. Howie implores Paul and Lelee to help him clear his name and enact justice. Meanwhile, Paul is occupied with his elderly father, who has dementia. Although their relationship was precarious in his youth, Paul desperately wants him to have a good quality of life. Unfortunately, Paul has strong doubts about the level of care his father is receiving in his nursing home. The expressive quality of Lerman’s (The Stargazer’s Embassy, 2017, etc.) writing reflects her prodigious experience as a poet. The narrative touches on a number of complex topics, including the relationship between transgender individuals and the rest of the LGBTQ community, the state of care for those in assisted living facilities, and the impact of the media, in a way that feels organic and true to life. Lelee’s characterization is especially intricate: She proves to be poised, intelligent, and kind but intensely frustrated and quickly angered by insensitivity. As the characters move through their daily routines, there remains an evocative awareness of their mortality.

A bittersweet drama that delicately captures the moods of the human spirit.