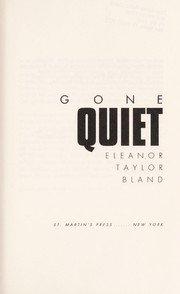 When you die on a Friday night in Lincoln Prairie, Ill., the way Deacon Henry Hamilton did, your body lies in bed all day Saturday—time enough for the Mt. Gethsemane choir, 40 strong, to traipse through your house on their way home from rehearsal, find your body, console your widow, and wipe out all the forensic evidence. So investigating officers Marti McAlister and Vik Jessenovik (Slow Burn, 1993) don't have anything to go on but gossip about Henry's family, and that's altogether too revealing. Seems that Henry, a pedophile who abused his stepdaughters, Denise and Belle, when they were five years old, may have been getting interested in his daughter Terri Whittaker's four-year-old girl, Zaar—and might have been poisoned or smothered (medical evidence points to both) by a family member with a long memory or a fearful imagination. Incompetent Lt. Howie Sikich, temporarily reassigned from Procurement, presses Marti to arrest her friend Denise, but Vik trumps Howie's high-level contacts long enough to extract a confession from a more unlikely source. Probably the most low-key tale of murder and child abuse you've ever encountered. No wonder Marti and Vik are able to keep the entire case contained within Lincoln Prairie's close-knit black community.