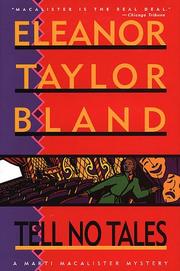 So there’s Detective Marti MacAlister (she’s black) enjoying a deliciously snowbound honeymoon at a picture-postcard inn when suddenly the phone rings. It’s her partner, Detective Matthew Jessenovik (he’s white). Scratch one slightly used idyll because he needs her. Back in Lincoln Prairie, there’s been a murder, a high-profile murder. The victim—reclusive, 67-year-old Barnabas Cheney of the mover-and-shaker Cheneys—has been found clubbed to death. At first there seems no possible connection between this murder and the startling discovery a few days earlier of a mummified corpse. How could there be? It’s the corpse of a young black woman hidden away for 34 years in a secret corner of an abandoned theater, disinterred by accident; the remains offer few clues to the woman’s identity. But in a town as modestly sized as Lincoln Prairie, how come no one ever missed her? And then Marti discovers that the Cheneys once owned the theater—and a neighboring theater as well, in which another long-ago murder took place. Now it’s clear (to Marti at least) that there’s a connection as real as a blunt instrument. And yet her partner keeps backing away from it. Doggedly, Marti persists with a view of the case that puts considerable strain on the heretofore sturdy MacAlister-Jessenovik relationship. When the smoke clears after a climactic shoot-out, though, we see that as usual Marti had it right. In a series never briskly paced (See No Evil, 1998, etc.), this entry flirts with the downright sluggish. And for the first time, the domestic side, the more interesting side, of Marti’s life fails to get its due.