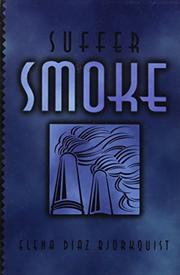 A largely pedestrian first collection of interlocking stories about Bjîrkquist's hometown of Morenci, Arizona, and the mostly Chicano families that labor in the copper mines owned by the thinly fictionalized Phelps Dodge company. Morenci's history is dotted with violent labor troubles, often fomented and exacerbated by the corporation that literally owned the town—a place that has since been torn down (and relocated) to make way for more mines. In an introduction, the author bemoans the death of the town she once knew, and her tales are clearly designed to keep its memory alive. Many of the pieces have the feeling of folktales, told and retold, about ordinary people tossed into extraordinary situations. There are even two ghost stories. But the majority of the offerings are throwbacks to the proletarian fiction of the Depression, Manichaean tales of good Mexican-Americans pitted against the unfeeling Anglos, smallholders and laborers doing battle with the company that Bjîrkquist here calls Taylor Dunne (or just TD). In one story, TD heartlessly deports its Mexican workers just before Christmas in order to save money; in another, a fired worker nearly loses a child to appendicitis when the company-owned hospital refuses medical care. School officials are also depicted as puppets of TD, until they're set right by plucky young students in two stories—the first about the topical theme of bilingualism (a young girl fights for the right to speak Spanish on the school playground), the second recounting the ways the system discourages minority students from college preparatory programs. Stories told in deadly earnest, without humor, irony, or much characterization. Proof once again that good intentions and historical truth can't by themselves bring subjects to life on the page.