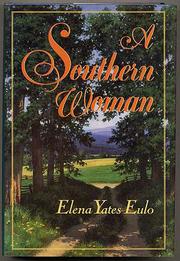 A first novel, set in Tennessee during the Civil War, in which a young woman is both battered by a downdraft of horrid experiences and then buoyed by a slather of sociological/psychological uplift via the friendship of good people. Narrator Elizabeth Crocker, the 17-year-old mother of baby Melissa, has been spurned and turned out of the family home (even during her labor) because her husband Joe (no prize he) fled north to join the Yankees—though he did it only for money. Homeless and penniless, Elizabeth is rescued by wealthy Ama Hadley, a high- minded friend of rich and poor, white and black alike—at least all those who are victimized but good at heart. In Ama's handsome mansion there's a happy quintet of women: Ama, Elizabeth, and three former slaves, plus two tots. Also nearby are a couple—Lucie and Tom—who share Ama's high egalitarian principles. The women witness terrible cruelties (a feral slave-owner murders a runaway), and all support Elizabeth when nasty Joe returns, is killed by lunatic brothers, and Elizabeth herself is raped. Because of the events of that night, Elizabeth finds herself on trial for murder in the hostile town. A defending lawyer strikes sparks in her love-hungry heart, but what about nice Tom, now a widower? The trial and jail are grim enough; then the rapists return to befoul the air, and there are sad deaths. At the close, however, there's also love, security, and a deathless friendship. Hortatory nuggets weight this easy-over period romance/adventure, and the facile narrative has that pro touch.