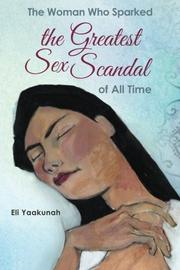 The Woman Who Sparked the Greatest Sex Scandal of All Time

In a future New York, journalist Ishtar Benten of the News Agency is promoted from the Department of Written Chronicles to the Department of Scriptwriting. Concurrently, a man named Utu, whom she’d met in the break room for “erotic coffee,” disappears. As she looks for him, she seeks help from Arianne, a memory thief, and Harlequin, a sad but sympathetic clown. Her investigation ultimately makes her ask herself hard questions: Is truth fundamental or simply a byproduct of the News Agency? This delicately intricate work provides a full dance card of themes: sex, romance, mystery and a grim peek into a devastated future. It’s mainly an erotic novel, but its eroticism is complicated. For example, Ishtar envisions people she first encounters as being physically transformed during sex—strange, violent thoughts that appear to be routine for someone in her line of work. The book’s text is also laced with sexual metaphors—she drives her “motoregg” into her home’s “womb,” and she and Arianne “penetrate” the agency’s security; later, Ishtar describes herself as “pregnant with betrayal.” The ever-present eroticism makes the sex scenes, real and imaginary, seem less explicit; they’re often lyrical and eccentric, as when Ishtar is intimate with a guide during the virtual tour of a villa. The author also touches on detective fiction tropes when Ishtar shadows a man, hoping to find answers; nostalgia, when she laughs and cries while watching Charlie Chaplin movies; and moral doubt, when the fear of a high-paying job blinds her to her employers’ totalitarian control of the news. Touches of wry humor reinforce an already sturdy novel; the fictitious story “Do Aliens Have Claws?” is presented in its entirety.