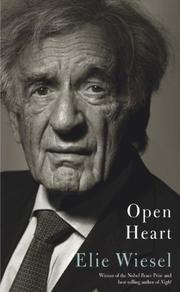 A few days short of the beginning of summer in 2011, Wiesel, complaining of acid reflux, went to see a gastroenterologist, who immediately pronounced, “It’s your heart.” There was no time to waste, he added, though Wiesel, with characteristic resolve, took a few hours to cancel appointments and otherwise clear his calendar against the possibility that he might never return to it. Wheeled to the operating room, he instructed the anesthesiologist to wait until he recited the Shema Yisrael, upon finishing which he said, in a small voice, “Now I am yours.” The procedure, a matter of opening the chest to expose and repair the heart, went without incident, though it left Wiesel weak for a long time thereafter—and made him walk, he complains, like an old man, grumbling, “after all, I am only eighty-two!” It is mostly the metaphysical and not physical aftereffects that concern him here, though: He wrestles with God while remembering to say his prayers (and the one-word exchange he proposes to hold with God on their encounter is worth reading this small book to get to); he wrestles with the events of the years and with his regrets, not least of which, touchingly for a longtime professor, is having to cancel class on account of illness. Though he recognizes that the clock is ticking, the conclusion of Wiesel’s little book is eminently hopeful and, indeed, as inspirational as anything he has ever written.

His pains linger, Wiesel writes, but “if I forget them for a while, they quickly remind me of their presence.” Just so, a most memorable book.