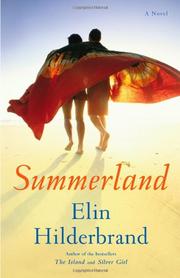 Penelope Alistair and her twin brother, Hobson, are the golden juniors of Nantucket High. Penny, gifted with a beautiful voice, is destined for Broadway or the Met, and Hobby is a star athlete. Both are being courted by elite colleges, to the satisfaction and trepidation of their mother, Zoe, a CIA-trained chef who raised them alone. Driving Hobby, Jake and another friend, Demeter, home from a beach party, Penny goes berserk at the wheel of her boyfriend Jake’s Jeep and speeds off a dead-end road. Penny is killed instantly, and Hobby hovers in a coma for days before awakening to injuries that will dash his athletic ambitions. Jake and Demeter are unscathed, at least physically. Alcoholic, overweight Demeter harbors guilt over something she said to Penny that enraged her. What exactly set Penny off becomes the key mystery of the novel. Jake fears that Demeter told Penny that another girl came on to him. Hobby fears Demeter spread a rumor that his prom date, Claire, is pregnant with his child. Demeter cannot bear to contemplate her indiscretion and instead concentrates on staying drunk, quite a challenge around her socially prominent, sober parents. Her summer job with a lawn crew enables her to pilfer premium liquor from well-heeled Nantucket dwellers who don’t lock their doors. Zoe withdraws from her friends, dedicating herself to Hobby’s recovery. Jake’s father, Jordan, removes him and his mother, Ava, to Ava’s native Perth, Australia. Jordan’s motives are mixed: Ava has longed to return home, and Jake needs a fresh start free of traumatic associations, but Jordan’s main intent is to distance himself from Zoe, his lover since his marriage to Ava foundered over the crib death of Jake’s infant brother.

Despite some well-worn plot expedients and an unduly preachy denouement, a sensitive glimpse into the lives of damaged people groping their way toward healing.