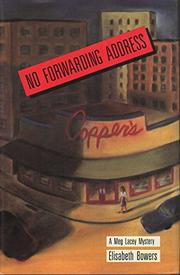 When Vicky Fischer hires Vancouver p.i. Meg Lacey (Ladies' Night, 1988) to track down her sister Sherry and nephew Mark, she sets in motion two murders and one stomach-turning case of child abuse (so extreme that the wife-beating that preceded seems inconsequential). Sister Sherry, she says, is mentally unstable. Sherry's husband Greg, who is liked by almost everyone, says so too. Then Sherry is found dead, as is an old codger who seemed to be lurking around her apartment. Greg's alibi—that old mystery chestnut, the mis-set clock—is quickly picked apart, but while Meg tackles him, the cops are busy hassling Sherry's neighbor Ed, a black man with a record of assault, who, coincidentally, is having an affair with Vicky. Meanwhile, Mark is cowering under his bed, badly beaten and terrified, and Meg is almost strangled before she can rescue him and solve his mom's murder. Best for the exquisitely delineated scenes between Meg and her college-age son, in the throes of his first love affair, and her career-minded daughter, a new convert to feminism.