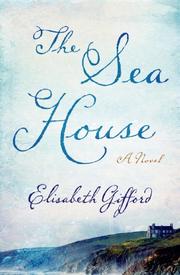 On a distant Scottish island, a mermaid myth, a vengeful maid’s observations, a minister’s breakdown and a haunted woman’s psychological barriers combine in a gloomily impassioned gothic exploration of belonging.

A cluster of dark events in two interconnected eras drives English novelist Gifford’s debut, set on the Hebridean island of Harris, a place of weather-beaten beauty where a contemporary couple, Ruth and Michael, is restoring the old manse, hoping to turn it into a bed and breakfast. But the shocking discovery of a child’s remains under the floorboards—with what seems to be a tail and no legs—delays work and provokes nameless anxiety in Ruth, who's been high-strung anyway since her mother's drowning/possible suicide when she was a child and is even more so now that she's pregnant. Folk tales of seal people persist in these islands, and Ruth begins to research them, uncovering the journals of Victorian minister Alexander Ferguson, who lived in the manse in 1860. Gifford spreads the narration of her occasionally oppressive story across various characters: Ruth, Ferguson, and his maid, Moira—a local woman whose family was decimated by the brutal clearance of the land and who dreams of killing the aristocratic landowner. Though top-heavy with suffering, the misery is mitigated by the author’s love of place, shining through in her lyrical descriptions of landscape and season, and her empathy for Ferguson’s and Ruth’s struggles, which lends resonance to their parallel resolutions.