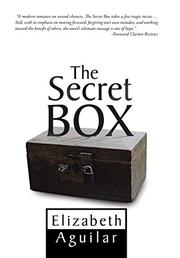 In Aguilar’s debut novel, an accomplished Filipina is unable to resist the wishes of a wealthy CEO.

Elizabeth Agustin is a Filipina from a wealthy family, educated at business school and then at law school in the United States. After her father’s death, she returns to the Philippines to be closer to her mother. She establishes an investment firm and becomes quite successful. Elizabeth is completely focused on her company and career, taking little time for fun, until she meets Ronaldo Mendoza, a CEO living in the penthouse of a hotel. Ronaldo and Elizabeth spend an increasing amount of time together, but Ronaldo’s marital status at first keeps them from pursuing a relationship. Even though Ronaldo has been separated from his wife for over five years (his wife is making the annulment difficult), Elizabeth resists. After three years of dating, Elizabeth finally gives in to Ronaldo and agrees to move in with him and consummate their relationship. She even bears him a son. They’re happy until a sudden incident brings their comfortable life crashing down. Aguilar separates the novel into four parts: The first recounts the beginning of Elizabeth and Ronaldo’s relationship; the second follows the escalation of their relationship when they fully commit to each other despite not being able to marry; the third part begins after a tragic accident leaves Elizabeth alone with only the secrets of her past. In her foolishness to rebel against her father’s wishes, Elizabeth fell into the traps of a patriarchal society in which women have few options in life. The fourth part describes the aftermath of the terrible accident and brings to light the alarming past connection Ronaldo and Elizabeth share. The story doesn’t benefit from this organization, which favors a surprise ending over character development. Similarly, the first-person point of view limits the depth to which Ronaldo’s character can be explored, while awkward word choices add a few stumbling blocks. Aguilar weaves the history and culture of the Philippines into the story but abruptly glosses over some plot points, particularly the death of a main character. As a woman, Elizabeth is self-aware in some respects yet—even though she’s a business owner, educated and financially self-sufficient—incapable of resisting the wiles of Ronaldo.

A love story with disconcerting implications that are not fully explored.