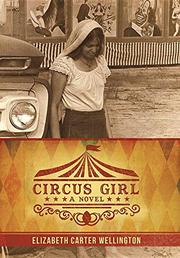 A young woman rebels against her privileged upbringing during the summer of 1971.

Sarah Cunningham has no clear goals, just an intense restlessness and dissatisfaction with her life following her high school graduation. As a member of an upper-class suburban Boston family, she’s aware of the conventional path she could take, starting with attending college in the fall. But when her high school boyfriend takes a trip to Malaysia, she decides it’s time to seek an adventure of her own. She joins a traveling circus where she dons loose, flowing clothing, smokes pot, and soon falls for West, a 20-year-old elephant handler. She tackles different jobs in the circus and gets involved in the lives of the clowns, acrobats, and other performers. As the troupe wends its way through the South to its Florida winter quarters, Sarah experiences both the glittery and seamy sides of big-top life. She sees co-workers engage in covert criminal activity and participates in it herself to a degree. The Vietnam War intrudes; West and others dodge the draft; and Sarah witnesses rampant racism in the Southern states. At summer’s end, a crisis compels Sarah to reevaluate whether she should stay with the circus or go back to Boston. In her debut novel, Wellington vividly portrays both the traveling circus and the South in the early 1970s, and Sarah’s voice lends intimacy to these descriptions. Despite her powers of observation, Sarah is an unappealing lead. She befriends her fellow circus workers to satisfy her own need for excitement and independence without really taking responsibility for her actions. West comes across as more likable, despite his shady past and slim hopes for future.

Animates 1970s circus life via a sharp-eyed but unsympathetic lead.