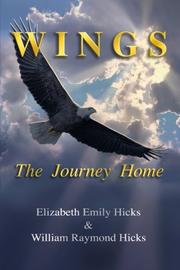 A young eagle struggles to remember who he is in this tale written by husband-and-wife team William and Elizabeth Hicks.

Benjamin is one of three eaglet siblings who are attempting to ace their first flying lesson. When a strong wind blows him off course and knocks him against a cliff, he sustains injuries to his head and wing. Disoriented, he lands in a haystack on a farm where he meets a family of chickens and befriends Jeremy, the barnyard's smallest rooster. Benjamin, now suffering from avian amnesia, has no recollection of who he is or where he came from, and despite his strange appearance, he and the other farm animals (à la “The Ugly Duckling”) assume he's simply an odd-looking chicken. Ben spends his time playing acornball with Jeremy and the other animals but yearns for something greater and experiences recurrent primal urges to fly. Soon Ben's increasingly radical behavior begins to ruffle the feathers of Jeremy's father Humphrey, who fears he will corrupt and endanger his son. Meanwhile, the barnyard contends with the ongoing threat of the “Egg-stealer,” a mysterious, terrifying creature who slinks into the barn at night to steal eggs that the hens have intentionally left, hoping to appease it and prevent further carnage. Ben is determined to end the reign of the Egg-stealer and prove his worth to the community. Ben meets other creatures—a caterpillar, a dove, a hummingbird—who impart bits of wisdom that he doesn't fully understand but nevertheless confirm his suspicion that life holds greater purpose. The story may appeal to some adults, but because of its limited vocabulary, lack of complex conflicts and edification of basic axioms (such as learning to appreciate oneself and viewing one's weaknesses as strengths), it’s best suited for children. Unfortunately, the number of descriptive passages—the book’s strong point—is far surpassed by the amount of dialogue, which is sometimes trite and often goes on too long, slowing down the story. Children, however, will still root for Ben, whose greatest moment of triumph comes from believing in himself.