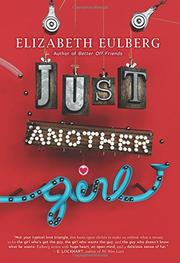 Sixteen-year-old Hope has been nursing a crush on her best friend, Brady, for years, but with graduation rapidly approaching, the clock is ticking if she is going to do something.

Hope is convinced that if it were not for Parker, Brady’s girlfriend, she might have a chance. When Parker starts tutoring her, though, she becomes more than an obstacle to her happiness. But neither is willing to let her guard down. Hope risks losing all her friends if she cannot get her obsession under control. Unfortunately, while the story is ultimately one of hope and gratitude, the main characters are so unlikable that any good is lost. Hope’s single-minded obsession with Brady and her constant whining quickly wear thin, and while Brady’s heavy glasses and clumsy ways make him the epitome of geek chic, his insensitivity and manipulation disqualify him as crushworthy. Parker, with her devastating home life, is arguably the most sympathetic of the three, but her decision to put her head down and endure is frustrating. Other than that heartbreakingly real portrayal of a teen trying to survive against the odds, this story fails. Blonde, olive-skinned Hope (her mom is Mexican-American) aside, the cast seems to be a largely white one.