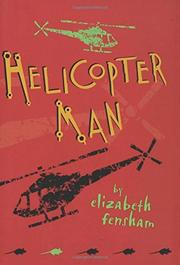 A homeless Australian boy sticks by his schizophrenic father as their fragile world disintegrates in this moving story of courage and devotion. Pete and his father have been on the run living on the fringe since Pete’s mother died six years ago. Pete’s father believes they are being pursued by a conspiracy. Every time a helicopter flies overhead, they hide or move on. Unsure why they are running or how long they’ll keep going, Pete knows he will always stay with his father. In his diary, he recounts years of eating in food kitchens, shopping at charity stores and sleeping in sheds. Isolated with his two pet mice and borrowed books, Pete watches his father’s behavior become more withdrawn. Eventually Pete lands in foster care while his father is hospitalized for schizophrenia. Angry that they are separated, Pete gradually accepts that his father needs treatment if they are to ever have a life together. This poignant story of a boy’s loyalty in the face of his father’s bewildering mental illness offers a realistic take on a difficult contemporary theme. (Fiction. 10+)