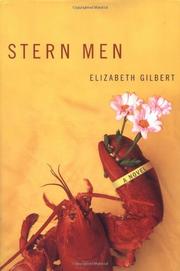 A sly picaresque about a young woman who single-handedly ends a generations-long feud between two remote islands off the coast of Maine.

Ruth Thomas’s parents—her lobsterman father and New England sort-of aristocrat mother—separated when she was a child. Largely ignored but adored by her gruff father, Ruth is sent off to boarding school, but she still spends her summers and vacations happily adrift among the oddball characters of Fort Niles Island. She virtually lives with her neighbors—a widow with five inbred sons—and cusses as heatedly and colorfully as the most ruthless lobstermen (whom she alone seems able to befriend). But Ruth is not just your run-of-the-mill tomboy: she also has strong ties to her mother, who lives as a glorified maid/half-sister in the wealthy and powerful Ellis family, and Ruth thus has the typical (if slightly more hard-boiled) romantic yearnings of every teenage girl. Part offbeat social history of lobstermen and their environment and part—yes—love story, Gilbert's debut (after a particularly arresting set of stories called Pilgrims, 1997) is a surprisingly satisfying combination of ideas: that a young woman can be tough and still be a girl, that even in a masculine culture, a smart and crafty woman can take charge and end decades of feuding, that sleeping with the enemy can be a good idea. There’s romance here, but little sentimentality and, mercifully (considering that this is a first novel by a young urban woman), no trendy psychologizing. In fact, while the story is more or less contemporary, it has the time-out-of-time quality typical of the best fiction—and it has a heroine who owes more to Voltaire than to Helen Fielding.

Sophisticated yet ribald, comic yet serious: an exceptional debut from a writer to watch.