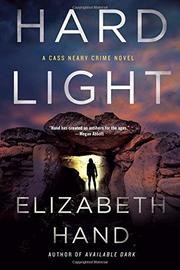 Hand explores the darker side of the human psyche in this gripping urban suspense novel, a sequel to Available Dark (2013).

Ex-punk photographer Cass Neary alights in Heathrow with a stolen passport and a single cryptic clue about where she might meet her erstwhile and unpredictable lover, Quinn O’Boyle. While waiting for Quinn to surface from whatever has sent him underground, Cass becomes involved with a cluster of beautiful, wounded people: Krishna, a troubled singer; Adrian, a top-hat–wearing mystery man who lives in a shabby Victorian squat; Mallo and Morven, movers of illegal antiquities; and Poppy Teasel, a former famous groupie who is dying of cancer. All of these people, strangely, prove to be closely connected by a terrifying experimental film, a burned-down castle, ancient Paleolithic artifacts, and some rather nontraditional ideas of family, so when some of them turn up murdered, Cass has to figure out whether their deaths are a result of past secrets—or some more recent threat. One of the strengths of Hand’s mystery is her incredible rendering of the dark side of London. Masked in snow, as it is here, the city itself seems to become a character of great menace as Hand describes its troubling punk-era history, its shady corners filled with drugs, and its labyrinthine streets. The novel loses a bit of steam when the setting relocates to barren Cornwall. The other great strength is Cass herself. Addicted to drugs and alcohol, she nevertheless has great street smarts and an even better artistic eye. She will do what she has to do to get by, and she’s seen the worst side of humanity, but she still maintains a sense of compassion that elevates the mystery and increases its resonance.

A must for fans of Stieg Larsson’s Millennium trilogy and Robert Galbraith’s Cormoran Strike novels.