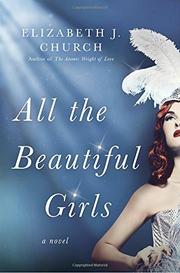 ALL THE BEAUTIFUL GIRLS

After a childhood punctuated by loss and trauma, Lily Decker reinvents herself as a Vegas showgirl, coming of age in Sin City during the late 1960s.

When Lily Decker is 8 years old, her parents and older sister are killed in a car crash. Young Lily is forced to move in with her mother’s childless, unemotional sister, Tate, and Tate’s leering husband, Miles. Suffering the uprooting of her childhood home, her aunt’s harsh attempts at discipline, and her uncle’s uninvited touching, Lily finds solace in dancing. Lily also locates Stirling Sloan, the man who caused the car accident that killed her family. She finds herself inexplicably drawn to him, and the two form a most unlikely friendship. As the years unfold, Lily’s uncle commences physically abusing her, raping her repeatedly for years. When Aunt Tate is made aware of the abuse, she chooses to side with her husband, showing Lily that the only person she can trust is, surprisingly, Stirling, her family’s murderer. As soon as Lily turns 18, she high-tails it out of Kansas, buying a bus ticket to Las Vegas, where she plans to join a dancing troupe. She changes her name to Ruby Wilde and leaves a forwarding address only with Stirling. When Lily reaches Las Vegas, the opportunities are not what she expected, and before long, she begins dancing as a showgirl. Once Lily, now Ruby, embraces her new life, Church (The Atomic Weight of Love, 2016), takes the reader on an exciting tour of Vegas nightlife, showcasing the glitz, the excess, the excitement, and the challenges of the Vegas strip. As Ruby explores her new world, she finds herself in exceedingly complicated circumstances, desperate as ever for hope, love, and understanding.