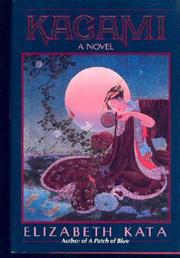 An evocative, sweeping epic of a Japanese family—from the end of that country's self-imposed isolation in the mid-19th century to its devastating earthquake of 1923—by Australian native Kata (The Death of Ruth, 1982, etc.), who lived in Tokyo for decades. Moving between the port city of Yokohama and Tokyo as both thrived with the expansion of trade to the West, Kata focuses on the life of Renz¢ Yamamoto, whose illustrious family included a scholarly grandfather, a proud, well-educated mother, and a boisterous father, Kenichi, who left them all in Yokohama to live with an enchanting courtesan in the capital, finding only too late his love for his long-suffering wife. Neither a scholar nor a man- about-town, Renz¢ goes to London after Kenichi's death, frittering away an income provided by his wealthy cousin Yuichi until finally forced to fend for himself. He enters the export business after coming home, dealing in Japanese antiquities that are the rage in Europe; and although married to the illegitimate daughter of Kenichi's closest friend, an aristocrat, his passion is for her legitimate sister. He has a child by her with full approval from the impotent Yuichi, her husband. The affections of the next generation are even more complex as incestuous feelings torment Renz¢'s children, but he finds new purpose when he later remarries embarking on a luminous literary career. The last twist is gilding the lily, perhaps, and later portions of the story are skeletal and episodic—but even so the rich garden imagery and threading of individual destinies make for a memorable tale. A sympathetic portrayal of Japan on the threshold of modernity, lively in its handling of delicate family dynamics across the generations. Good summer reading.