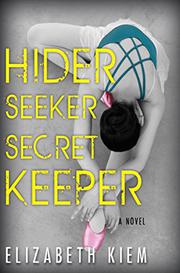 Lana, the daughter and granddaughter of dancers, goes on tour with the Bolshoi even as she is accused of hiring a hit man to injure her rival. Traveling from Moscow to New York City’s Lincoln Center to the Russian enclave in Brooklyn, she slowly and painfully uncovers the truth about her family. Descriptions of her starring role, a four-minute solo from Stravinsky’s The Rite of Spring called “Danse Sacrale,” are skillfully woven into the narrative in a nice thematic counterpoint to Lana’s story. Kiem continues the story she started in Dancer, Daughter, Traitor, Spy (2013), and those who have read it will empathize with the difficult journey that Lana makes as she battles murderous backstage rivalry. Those new to the saga will uncover a multifaceted and moving story of a family caught up in the horrors of Soviet life and the uncertainties of post-Communist Russia. The author liberally uses Russian phrases that are not necessarily intuitive to translate and require frequent back and forth to the glossary.