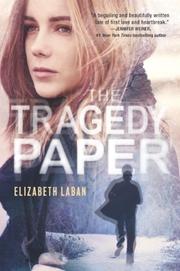 Last year at the Irving School—motto: “Enter Here to Be and Find a Friend”—something terrible happened. Readers will have to push through nearly 300 pages, narrated alternately by Tim Macbeth, a recently graduated senior who transferred to Irving for his final semester, and Duncan Meade, the current senior who inherited Tim’s dorm room and with it, a stack of CDs containing Tim’s reminiscences of that fateful school term, to find out what it was. Tim, a deeply self-conscious albino, spends an idyllic 18 hours stranded in Chicago with lovely fellow senior Vanessa en route to Irving and is totally smitten. Tim’s hopes are dashed by Vanessa’s commitment to her popularity and her current boyfriend, the loathsome and jealous yet handsome Patrick. Predictably, however, Tim goes along with Vanessa’s furtive occasional advances, all the while whipsawing between his conviction that she cares for him and his crippling self-loathing. Duncan, meanwhile, is alternately transfixed and horrified by Tim’s story, as he feels partly responsible for the terrible outcome of Tim, Vanessa and Patrick’s love triangle and eventually hopes to mine it for his Tragedy Paper, Irving’s multidisciplinary approach to a senior thesis. With his overreliance on obvious foreshadowing, debut author LaBan creates a mystery without thrills and parallel romances that lack any frisson. Readers will wonder, what was the point?