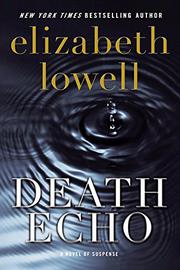 An international espionage crisis mixes with lighthearted romance on the high seas.

Former CIA operative Emma Cross works for St. Kilda’s Consulting, a private-investigating company run by Joe Faroe and his wife Grace, both familiar to Lowell fans from The Wrong Hostage (2006) and now proud parents of a baby who distracts them during every phone call and meeting. St. Kilda’s has been looking for stolen yachts but the stakes skyrocket with word that a boat named the Blackbird is arriving at a small port on Elliott Bay near Seattle loaded with ammunition—whether biological, chemical or fissionable—to destroy a large American city within the next seven days. St. Kilda’s is enlisted to help stop the perpetrators of the urban devastation before it happens. When the boat arrives, Emma keeps an eye on Mac Durand, who was hired to captain the Blackbird as far as Elliott Bay by a local shady transporting company with links to a Russian breakaway state. Mac used to be a member of Special Ops until a CIA screw-up caused the death of most of his unit; like everyone else in this book, he now distrusts government. Then his oldest friend, who was scheduled to sail the Blackbird north to Canada, dies under mysterious circumstances, and Mac agrees to work for St. Kilda’s. Posing as lovers, hunky Mac and gorgeous Emma sail the Blackbird together into Canadian waters hoping to flush out the Eastern European politico-criminal elements behind the plot. Lowell’s short chapters, each headed with date, time and location, bring to mind TV’s 24, but despite the looming seven day deadline, there’s little real sense of urgency. Though refreshingly cynical, the complicated political machinations remain underdeveloped. Lowell’s main focus, beside an appreciation for high-end boating, is the sexual heat building between Mac and Emma, who banter on unperturbed that time is running out before Seattle blows.

The predictable romance decreases the suspense in this low-wattage thriller.